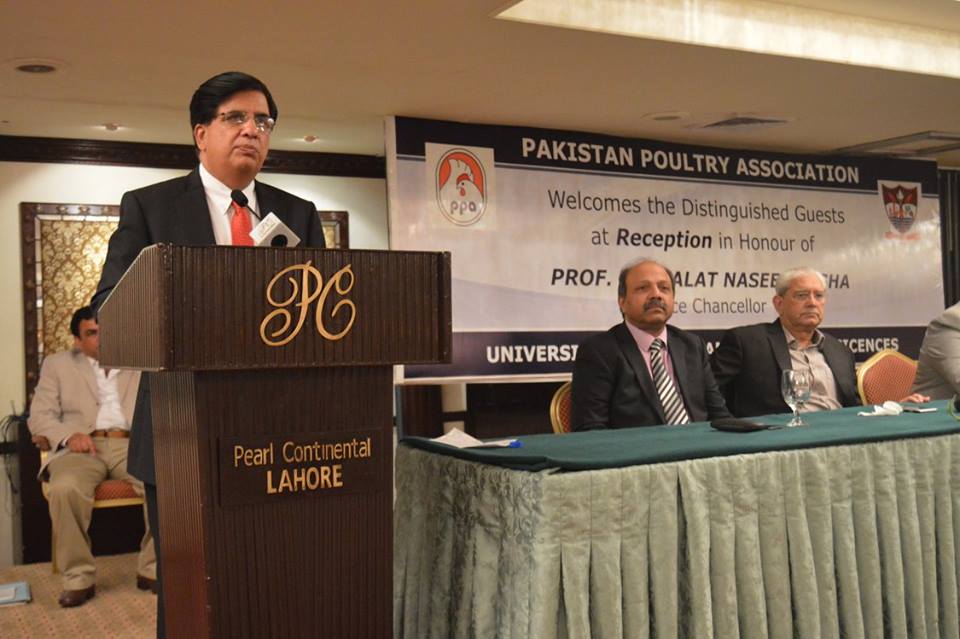 On 06th May, 2016 a reception was organised by Pakistan Poultry Association, Punjab Zone in honor of H.E Prof. Dr. Talat Naseer Pasha, newly appointed Vice Chancellor of University of Veterinary and Animal Sciences.

The reception was hosted by Rai. Mansab Ali Kharl, Chairman PPA Northern Zone and attended by the former chairmen of PPA and other eminent poultry scientists and farmers. A huge participation has been observed to commemorate the services of Prof. Dr. Talat Naseer Pasha rendered towards the education upgradation, capacity building and to the poultry industry that have eventually boosted the overall poultry farming on new modern lines.

Many from the University of Veterinary and Animal Sciences were also there to acknowledge the efforts of Prof. Dr. Talat Naseer Pasha who have been awarded with Sitara e Imtiaz Civil from President of Pakistan on 14th August 2015.

Everyone on the event not only acknowledge but also appreciated the work, efforts and the vision of the Vice Chancellor and ensured their full support for future.[envira-gallery id=”651″]