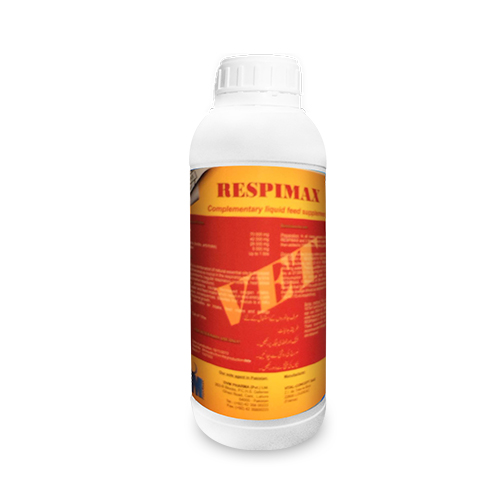 Whenever every year summer shows up sometimes early or sometimes late due to the rain or other environmental factors that effects this change, but when it appears it gets difficult for humans to breed and perform their daily chores in this type of heat and humid conditions. Same applies when it comes to the poultry farming especially intensive broiler houses that with respect to the environment are not able to keep the ideal conditions the houses.

Being the part of the birds immune system the respiratory tract is provided with the defense mechanisms to prevent or minimize the infection through airborne disease producing agents, to get rid of enhaled particles and to keep the air passage completely clean. To support all these functions DVM Pharma have introduced a product that is available since decade – Respimax. 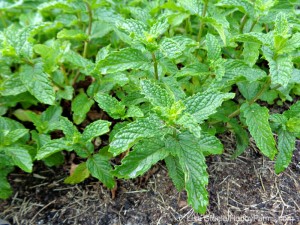 Research tells us that there are many plants with ability to stimulate natural killer (NK) cell activity, that is cytokine synthesis and the T-cell and B-cell mediated responses.

The compounds responsible for this immunostimulatory action are some molecules of relatively low molecular weight , such as eucalyptol and menthol have proved to be effective immune boosters in poultry (Awaad et al 2010; . Barbour et al, 2008). Some European herbalists suggests that these products should be administered in healthy birds discontinuously as the immune system in normal birds can only be stimulated briefly before returning to its normal state.

These oils have proven anti bacterial, anti viral and antifungal activity in vitro and some in digestive level but to use them to their full swing it must reach respiratory system that can be achieved by two ways: either absorbed and distributed by body through digestive system and eliminated through lungs this is applicable to both eucalyptus and menthol OR by spraying in the farm and the birds get the product also applicable for both.

Many researches have proved the effect of eucalyptus on prevention and help in cure to bird against Avian Influenza (Gangopadhyay et al, 2012), airsacculitis by E.coli (Kassab at al, 2009). mycoplasmosis (Barbour et al 2006) and infectious bronchitis (Barbour et al 2011).

As birds became sick, it shows lower oxygen levels, which results in a drop of vitality and in the discomfort and stressful condition of the bird that eventually reduce the food and water intake and disturb performance of the birds. Besides that, mucus accumulation is always very risky medium for bacterial growth.

Camphor is a natural product which is deriving from the wood of the camphor laurel. It has the counterirritant, rubefacient and mild analgesic action and can be used as the mild expectorant.

The other major activities of the camphor and its derivatives are antitussive, nasal decongestant and expectorant  was one of the first few ones to be systematically investigated (Inoue and Takeuchi 1969). Its nasal decongesting activity seems not to be purely mechanic, rather connected with the stimulation of cold nasal receptors. The inhalation of camphor vapours (so as the one of eucalyptus and menthol vapours) tried on subjects showed that enhanced the nasal sensation of airflow by the induction of cold nasal sensation, despite without affecting nasal resistance to airflow (Burrow et al. 1983).

Our on farm experience and scientific studies suggests: (Currier et al 2003) explained that it is mandatory to use the plant extract for few days to two weeks until it is possible to recognise immune stimulating effects on the birds. This is the reason that the immune booster formulation in the market are better suited for prevention or to enhance the effect of vaccines than for a supplementary treatment during the course of disease.