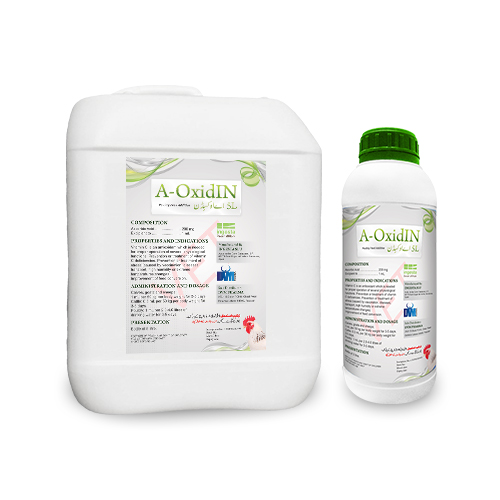 DVM Pharma feeling the responsibility in this stage of the year and decided to launch more products in the best interest of the poultry industry of Pakistan. Keeping in mind the poultry health in this part of the year where the weather plays an important role due to the fluctuation in the outside temperature and the weather i 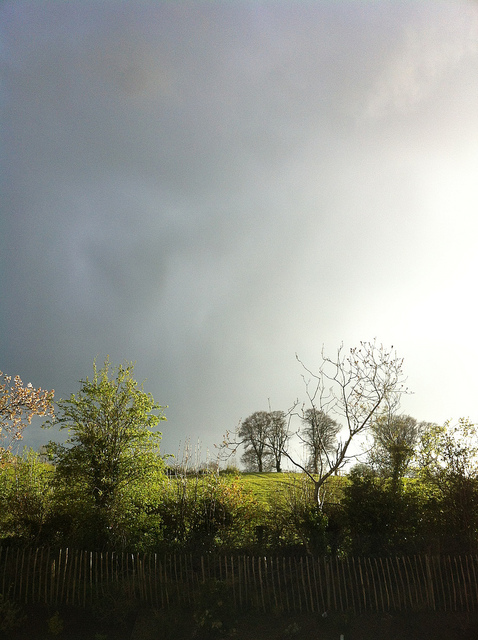 nstability, sometimes its too cold and spontaneously gets hot with in the difference of few hours. So, conditions like this puts stress on the bird ultimately leads to the stressed out diseased condition with compromised growth plateau, that eventually leads to less profits.

So, in this weather we at DVM Pharma are introducing our new nipple friendly product for poultry containing the proven antioxidant (Ascorbic Acid) to keep the poultry commercial birds in their best shape to fight such conditions by keeping up their health.

A-Oxidin is the product that contains Ascorbic Acid 20% and is available in the form of liquid solution that do not cause drinking nipple choking and eventually reduce the risk of nipple blocking.

As we know that the ascorbic acid is usually produced in the bird body from carbohydrate precursors such as glucose and galactose. but in the stressed out conditions birds are not able to synthesize the required amount of vitamin C and thus require supplementation to support the overall process of the body to keep it free from highly reactive oxygen as an anti-oxidant.

Ascorbic acid has been known to have a major role in many of biochemical processes. Function is related to its amazing reversible oxidation and reduction characteristics. However, the exact mechanism of function of this vitamin in the living system is still not completely understood, since a coenzyme form has not yet been known. Moreover, the relationship of ascorbic acid to hydroxylase enzymes, Franceschi (1992) reported that vitamin C is much needed for differentiation of connective tissue such as muscle, cartilage and bone derived from mesenchyme (embryonic cells capable of developing into connective tissue), thus proving its role in the breeder flocks.

the main functions of vitamin C are

So, A- Oxidin is the best remedy in the environmental conditions prevailing nowadays with so much of unpredictability in temperatures.